Skip to content
The countdown for the third instalment of Dabangg has begun, and the audience is eagerly waiting for the return of Chulbul Pandey. The film has been Directed by Prabhudeva, and will be released in multiple languages.
Earlier, the makers of the film had released posters of Salman Khan aka Chulbul Pandey, and Kichcha Sudeep, who will play the role of the main antagonist, Balli. On the occasion of Karwa chauth, since the day is a celebration of the bond between a husband and wife, the makers of the film released a special poster of Sonakshi Sinha, who plays Rajjo, Chulbul’s wife in the film.
Sonakshi shared the poster with the caption, “Rajjo Pandey yaani ki Mrs. Chulbul Pandey ki oar se aap sabhi pativrata aur #Dabangg patniyo ko Happy Karwa Chauth #RajjoKaKarwaChauth.
https://www.instagram.com/p/B3t-9paAmyL/
In the latest poster, Sonakshi Sinha is back in her character as Rajjo Pandey with her signature pose, decked up in a saree, with flowers tucked in her hair. but the interesting thing about the poster is that the actress is holding a sieve treating her fans with the glimpse of her Karwa Chauth look.
The pairing of Sonakshi Sinha's Rajjo and Salman Khan's Chulbul Panday is one of the most beloved couples in Bollywood owing to their perfect on-screen chemistry that has been a treat to the fans ever since the first Dabangg movie was released.
Directed by Prabhudeva, Dabangg 3 is produced by Salma Khan, Arbaaz Khan and Nikhil Dwivedi under the banner of Salman Khan Films and is slated to release on 20th December 2019. The film will also be Salman’s first ever to release in Multiple languages. 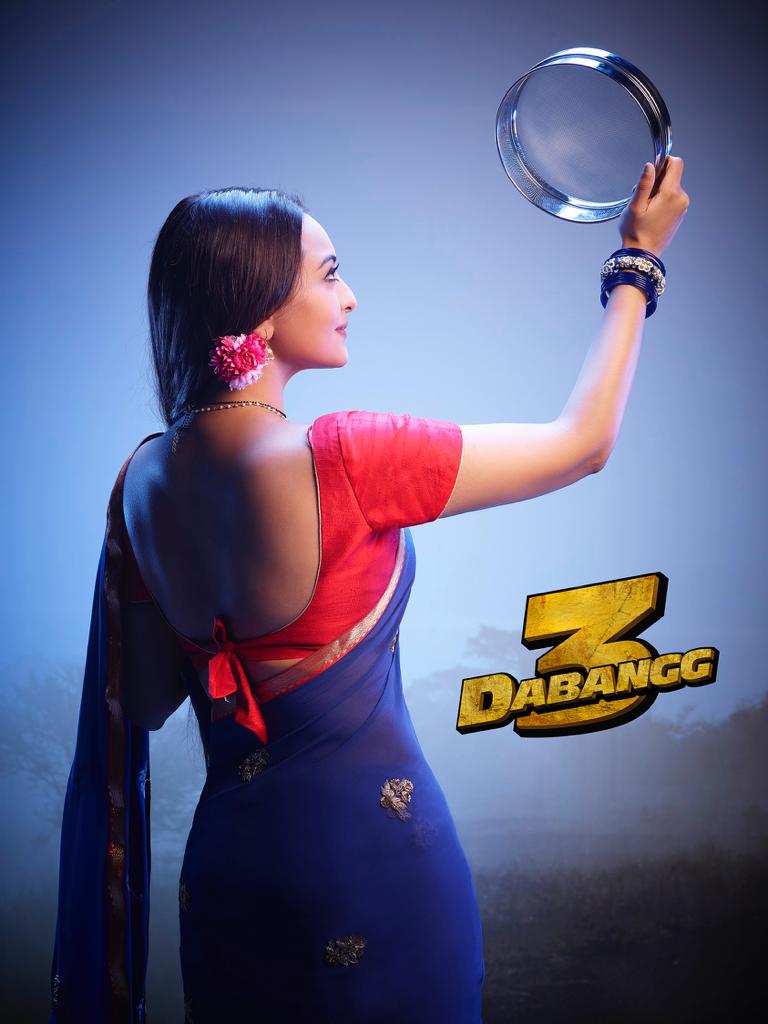