Skip to content
Filmamaker-producer Mahesh Bhatt has written a letter with a heartfelt message on the occasion of actor Sanjay Dutt's 60th birthday.
Referring to a letter sent by legendary Japanese filmmaker Akira Kurosawa on Swedish director Ingmar Bergman's 70th birthday, Bhatt said he feels the same for Sanjay. "When Ingmar Bergman (the iconic Swedish filmmaker) turned 70, Akira Kurosawa (the great Japanese filmmaker)wrote him a letter for his birthday. In this letter, he wrote, 'A human is born a baby, becomes a boy, goes through youth, the prime of life and finally returns to being a baby before he closes his life. This is, in my opinion, the most ideal way of life. I believe you would agree that a human becomes capable of producing pure works, without any restrictions, in the days of his second babyhood.' Don’t as me why Sanju, but having shot with you for SADAK 2 after being away from the Director’s chair for twenty years, I feel exactly the same way about you." Considering Sanjay as an inspiration for the new film actors, Bhatt said, "You are a man, entering the phase of your second babyhood. Every time we’re about to shoot an important scene I see you dive deeper and deeper into the wilderness locked in the innermost chambers of your heart and bring out a fire which dazzles not only me but also the younger generation of actors, like Alia Bhatt and Aditya Roy Kapur." Visiting the difficult times of Sanjay's life, the filmmaker wrote, "The periods of solitude that you’ve experienced in prison, face to face with suffering have woken you up to deep love, compassion and understanding. In this industry where there are no second acts you have proved time and again to the world that has always been too keen to write your obituary,that you have the ability to re-invent yourself. How lovely it is to reconnect with you in the ‘Autumn years’ of our lives, Sanju." #happybirthdaysanjaydutt 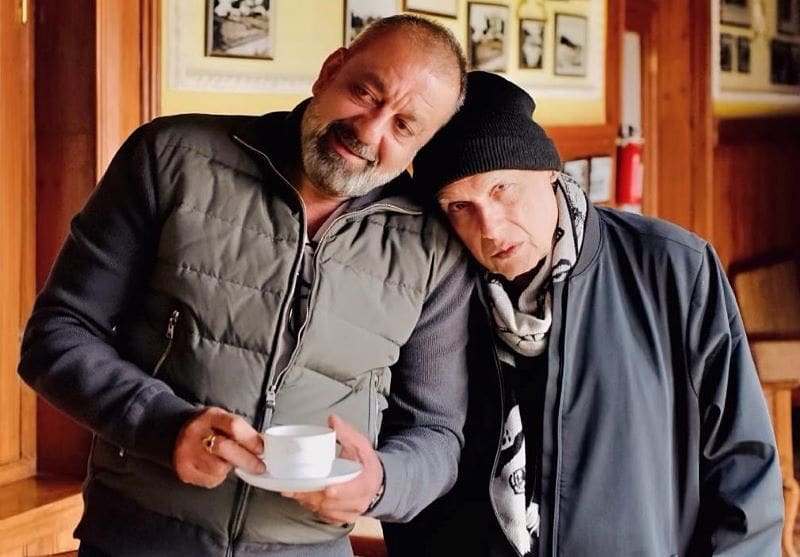